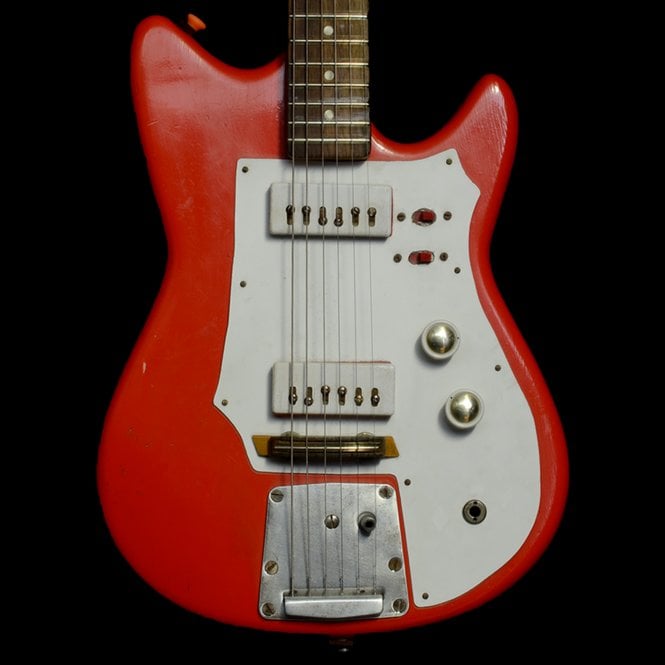 Please note that we are selling this guitar on commission for one of our customers. If you have a guitar or collection that you would like for us to sell on commission then please get in touch.

This Futurama II is a Czechoslovakian-made electric guitar made by Jolana in the early 1960s and was imported in to the UK by Selmer as an affordable electric guitar to UK guitarists who couldn't afford Fender or Gibsons. This particular example is a very low serial number (0228) and was purchased at Frank Hessy's Guitar Shop in Liverpool in 1967. It has had one owner since then. The guitar itself plays surprisingly well considering its age and has a low and straight action. The neck is chunky but comfortable. Please note that there is some choking issues at the 7th fret but this does not affect the tone of the guitar to being unplayable. All of the electronics function correctly and the guitar sounds clear as a bell and has a surprisingly articulate tone to it. The original pickguard was changed after the original had a crack near one of the pots and the strap buttons appear to have been changed. There are also two additional string trees installed on the guitar. Also included is an original leather strap from the 1960s which is also showing some signs of wear but is, otherwise, fully functional. The guitar also does not come with a tremolo arm. This is a real nostalgia bomb!