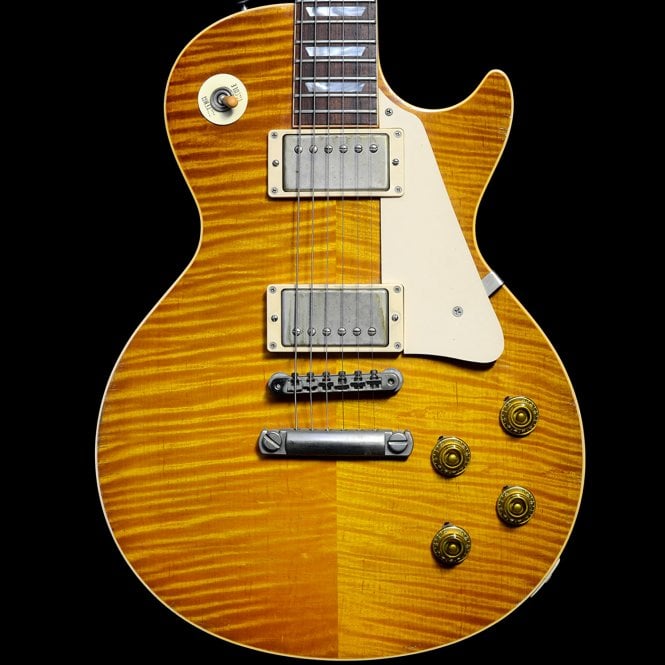 What an incredible top, and on a rather rare guitar as well. 2001 was considered to be a particularly sought-after year for the R9 1959 Reissue due to the very small numbers that were made with a lot of care and attention and using some incredible woods - The top for this one really shows this. Smaller still were the number of Tom Murphy aged examples, and so these models do not come on the market very often at all, and not very often in the UK.

Its original case is included as well as its Certificate of Authenticity which is signed by Tom Murphy.