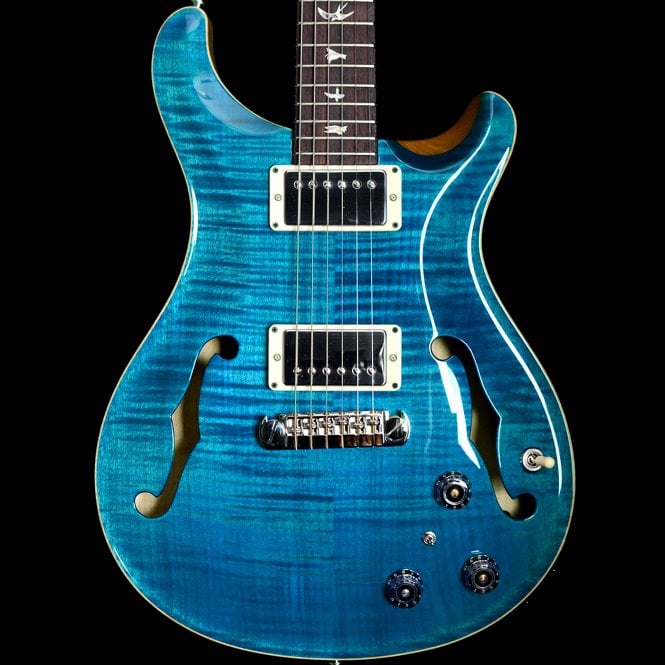 Sold by us originally in August last year - this has come back to us in pretty much the same condition as when it left, was originally £4799.

With brilliant acoustics and a vast array of tones, the Hollowbody II has been a constant favourite in our dynamic lineup of semi-hollow instruments. The combination of the maple top and back with mahogany sides provides tonal clarity and extraordinary resonance.

The PRS/LR Baggs Piezo System comes standard, providing musicians with the versatility of wielding both acoustic and electric guitar tones in one instrument. There are two output jacks on the Hollowbody II, allowing guitarists to plug into their favourite electric guitar or acoustic guitar amp or DI into a soundboard. By utilising the separate blend control, the tone of the Hollowbody II’s 58/15 LT pickups can also be combined with acoustic sounds through a single output.