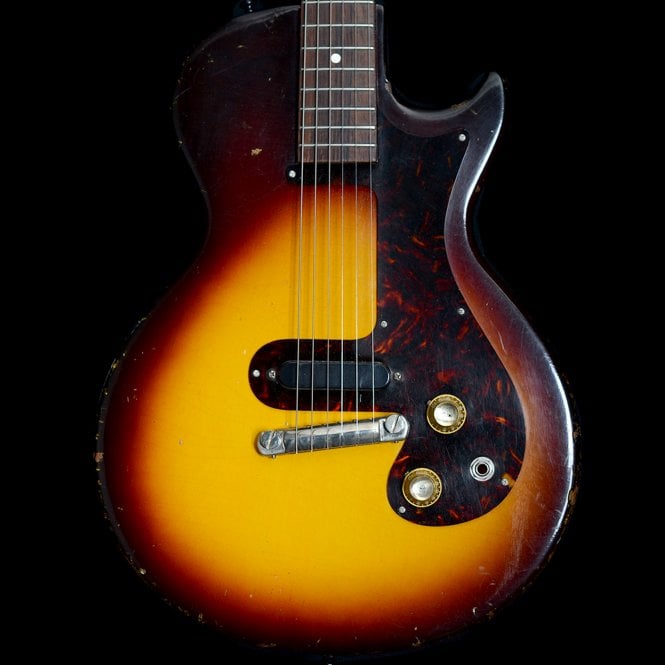 These really are quite rare and only mainly become available on the American market place...

From what is widely considered to be Epiphone's 'Golden Era' following the purchase of Epiphone by Gibson in 1958, the Olympic model closely resembles Gibson's Melody Maker, but are considerably harder to come by.

To be transparent, this is a played example, but still a collectable piece regardless. There are numerous indentations, dings (Some of which have breached the lacquer and exposed wood), and grazing on the body, as well as natural checking in the lacquer which is so commonplace on nitrocellulose guitars of this age.

That said, it has a lovely feel to play with the shorter scale length - It warrants very little effort from the player. The pickup sounds incredibly clear as well and, acoustically, the guitar is surprisingly loud considered its smaller size. Frets are in good condition overall, but there is some fret buzzing on the D and G string at the 5th fret which we think has simply come with the age of the guitar. It is not intrusive to the overall sound of the guitar, but is there nonetheless.

The guitar includes a non-original case but is case from the same period as the guitar, but this is very worn and is held together with tape around the edges for the most part. We will of course ensure very secure packaging for shipping the guitar.