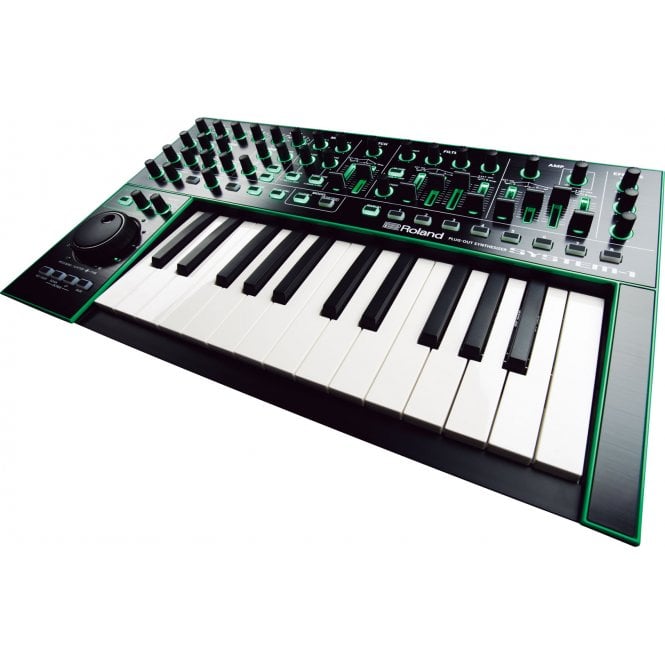 Back in the 1970s, Roland launched the SYSTEM 100, 100M and the now almost mythical SYSTEM 700. These modular and semi-modular synthesizers are heralded to this day for their flexibility and character of sound.  Over the years, they’ve been put to great use by visionary artists on countless classic tracks.

Meet the SYSTEM-1, a synthesizer probably unlike any you’ve encountered before. Like its predecessors, the SYSTEM-1 breaks new ground with remarkable flexibility and access to a vast palette of synthesized sounds with the bold and unmistakable character associated with Roland synthesizers for nearly four decades.

At the heart of the SYSTEM-1’s sound is our new Analogue Circuit Behavior technology (ACB) which we use to carefully analyse every aspect of analogue circuits and then faithfully recreate them down to the finest details. This technology fills the SYSTEM-1 with a fusion of beautifully classic and utterly modern synthesizer tones. Sound good?

And we think you’ll be excited too once you experience the supreme authenticity of the upcoming SH-101 soft-synth, with the SYSTEM-1 providing an intuitive and fully automatic one-to-one control interface that just works. Let’s be honest. Who could make a better plug-in version of a classic Roland synth than Roland?

Be the first to review Roland System-1 Aira Plug Out Synthesizer. Write a review ›
Ask A Question
Want to Part Exchange?
Share
?
Top