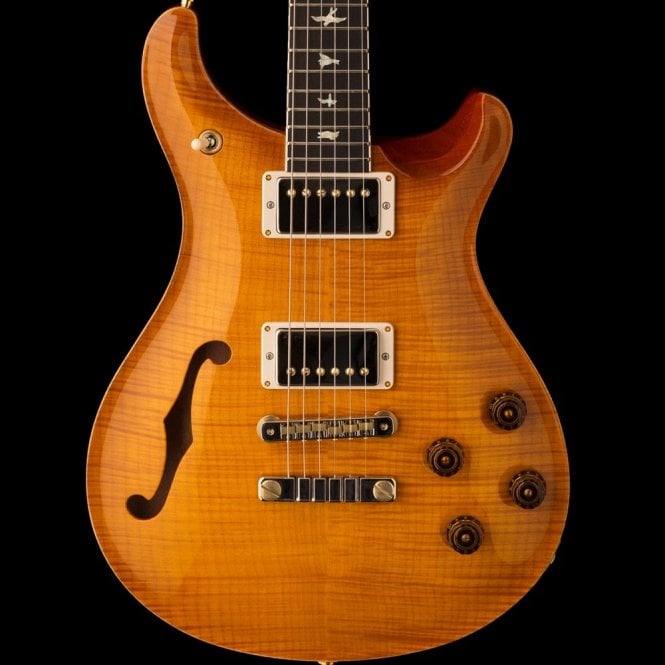 The McCarty 594 is a vintage-inspired instrument that is at once incredibly familiar and effortlessly playable. Whether you are looking for rich, authentic, vintage humbucking tones or nuanced, sweet singlecoil sounds, the McCarty 594 can seamlessly master both sonic territories thanks to the 58/15 LT pickups and push/pull coil taps on the tone controls. The addition of an f-hole and semi-hollow body adds a breathy tone and rich resonance to this guitar, providing welcome depth and beauty.

The electronics layout, a few key specifications, and PRS craftsmanship combine in the McCarty 594 to create an instrument that plays in tune, is intonated the entire length of the neck, and feels like a guitar that you’ve been playing forever. The McCarty 594 and Singlecut McCarty 594 Semi-Hollows make their debut at Experience PRS 2018.

There is no cap to the number of McCarty 594 and Singlecut McCarty 594 Semi-Hollow guitars that will be made, but the order window is limited to June 8 – August 31, 2018.