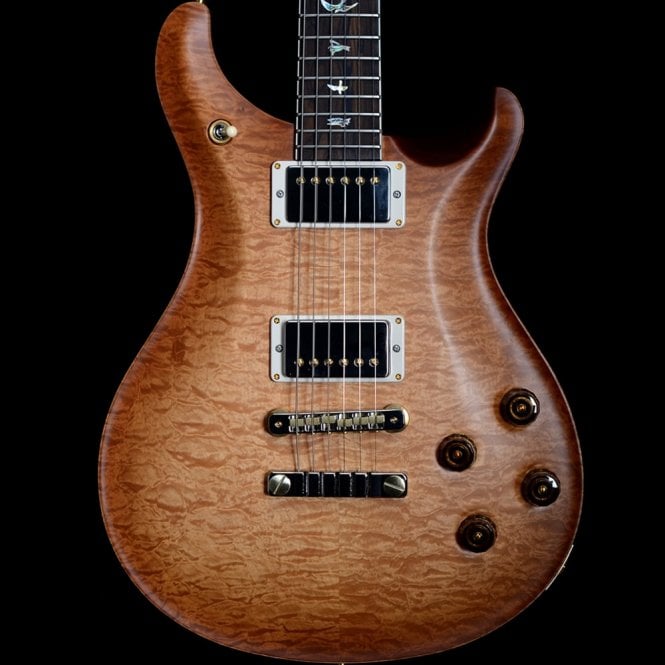 This guitar is a real looker, with a vibrant Burl Maple top matched with the vintage tone of the McCarty 594. This combination makes this guitar sound as good as it looks. Featuring 58/15LT pickups for that warm, blues tone and a classic 24.594" scale length, this a guitar you must try. Includes PRS hard case.

"The 594 is the best new guitar I’ve played in years. It has a vintage heart and soul but without the technical limitations that usually come along with an old instrument.” John Mayer

Vintage Heart with Modern Playability The McCarty 594 is a vintage-inspired instrument that is at once incredibly familiar and effortlessly playable. Whether you are looking for rich, authentic, vintage humbucking tones or nuanced, sweet single coil sounds, the McCarty 594 can seamlessly master both sonic territories thanks to the 58/15 LT pickups and push/ pull coil taps on the tone controls.

The electronics layout, a few key specifications, and PRS craftsmanship combine in the McCarty 594 to create an instrument that plays in tune, is intonated the entire length of the neck, and feels like a guitar that you’ve been playing forever.

A few key specifications that contribute to the McCarty 594’s tone and feel are: