X
This site uses cookies to provide and improve your shopping experience. If you want to benefit from this improved service, please opt-in. Cookies Page.
Accept Cookies
Sell Your Gear To Us
Our Repairs Get Your Quote
Cream T Guitars
Sold 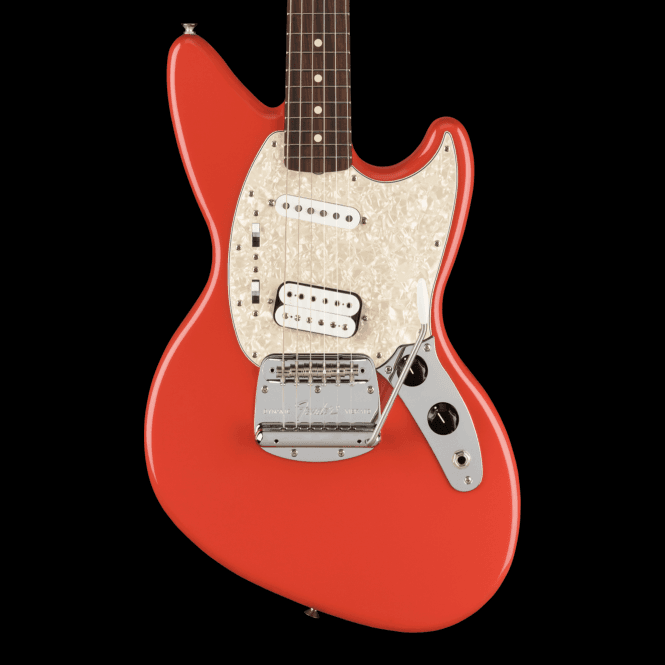 Few artists in music history can be credited with changing the industry nearly overnight and continuing to influence music culture three decades after the height of their popularity. Kurt Cobain and his bandmates in Nirvana appeared on the scene in the early ‘90s as generational talents who combined raucous, heavy tones, punk-infused energy and melodic hooks to create a sound that quickly attracted millions of fans and established grunge and alternative rock as a genre with legitimate mainstream appeal.

Although Kurt was seen playing a variety of Fender guitars over the years, his Fender Jaguar® and Mustang® remain the most iconic due to their use on the “Nevermind” tour and “Smells Like Teen Spirit” music video. Kurt designed the Jag-Stang® to combine his favorite elements of both instruments and brought it to life with help from the Fender Custom Shop in 1993.

Commemorating the 30th anniversary of Nirvana’s seminal record “Nevermind,” this Jag-Stang comes equipped with the same features that made it Kurt’s ideal instrument. The alder body delivers a punchy tone perfect for big power chords, the 24” short-scale reduces string tension for easier playing, and the 7.25” radius rosewood fingerboard with maple neck has a comfortable feel that won’t fatigue your hands when chording. The vintage-style single-coil and custom humbucking pickups are perfect for recreating Kurt’s classic tones, while the Mustang slider switches provide the flexibility to dial in four distinct settings for a variety of in or out-of-phase tones.