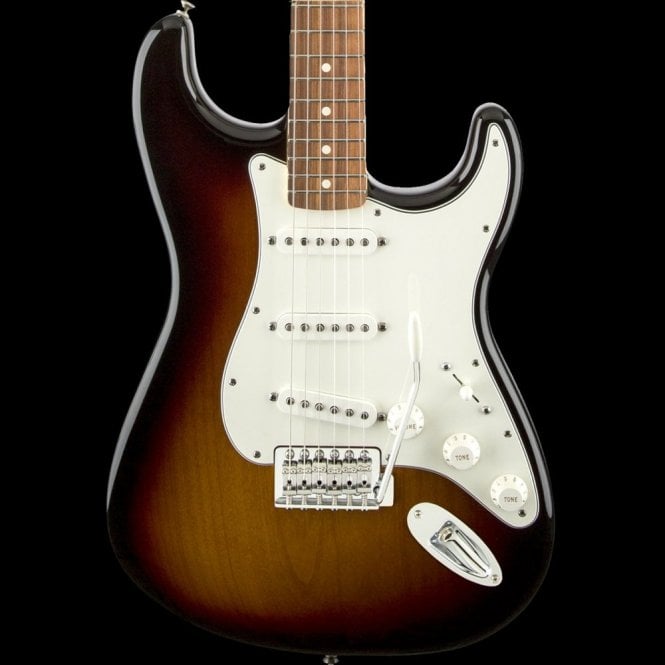 Standard series guitars and basses deliver the classic Fender sound and style at entry-level prices, while remaining loaded with modern features that ensure unparalleled playability. Crafted with medium jumbo frets, an adjustable truss rod, vintage Fender bridges and more - these instruments are made for performances on stage and in the studio.

The History of the Stratocaster

When many people think of an electric guitar, this is the one that leaps to mind. The Stratocaster is one of the world's most popular guitars and is an elegantly versatile creation that is both a musical and cultural touchstone. Not long after Fender revolutionised music with the Telecaster and the Precision Bass, in 1954 they debuted the Stratocaster and it quickly became universally regarded as the archetypal electric guitar. Sleek and stylish aesthetics, smooth playing and tonally versatile, at the heart the Stratocaster remains a fantastic instrument - producing unmistakable sound with a timeless design. A first choice among players worldwide, there is simply nothing that sings, screams, whispers, moans, roars, rocks and rolls like a Fender Stratocaster.