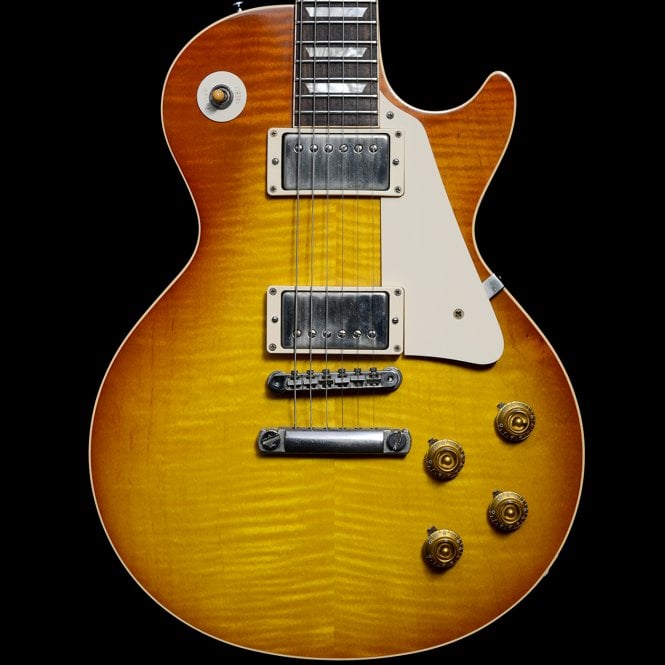 The Gibson Custom Shop 'Beano' Les Paul was released in 2011 as a tribute to the 1960 Les Paul that Eric Clapton used on the legendary album, 'Blues Breakers with Eric Clapton' in 1966. The guitar was named after Clapton was pictured holding a Beano comic on the front cover of the album. The guitar was stolen shortly after Clapton finished recording this session. These limited edition reissues of that very guitar from Gibson have now become desirable collector's pieces.

This was a very rare limited edition Custom Shop run which was limited to 350 pieces, with this guitar being #100. The guitar is in good condition but does have some minor indentations on the underside, as well as a small nick on the treble side of the neck around the 7th-8th fret, although this is hard to notice. The guitar comes with its original case and COA.