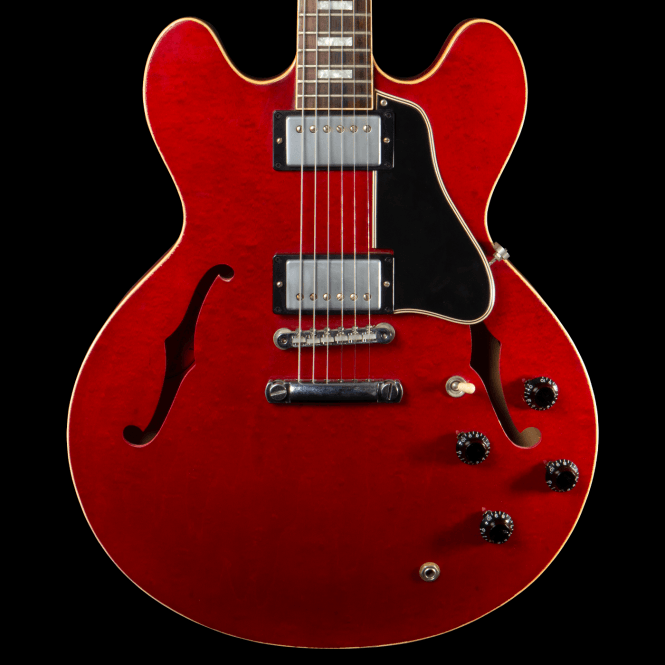 Eric Clapton purchased his Cherry Red Gibson ES-335 in 1964 and used it throughout his career until it was sold by him at auction in 2004. It became known as the “Cream Guitar" due to the word “CREAM” in large letters painted on one side of its case. The guitar sold to Guitar Centre in 2004 for $847,500.

These guitars are a detailed reproduction that look the same as the original guitar owned by Clapton in the condition it was sold to Guitar Centre back in 2004. It even comes with a replica of the famous "Cream" guitar case. Each guitars label (inside the body) was signed by Eric Clapton and some of the proceeds went to the Crossroads Centre in Antigua. Cosmetic details unique to this instrument include the serial number, "HARE KRISHNA" sticker on the rear of the headstock, stenciled hardshell case, and belt wear on the back.