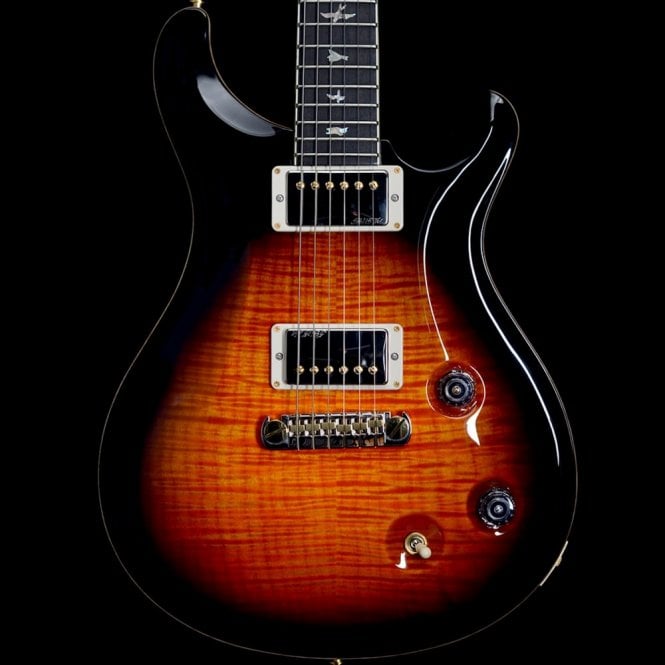 Please note that this guitar has been priced to clear so we cannot take finance or part-exchange.

It's lovely top on this one, and in quite an unusual finish as well. A 'Custom Colour', this McCarty 10-Top's finish is similar to a Black Gold Burst but is a bit brighter with an almost Orange tint to it. We think it matches the burst finish really well.

The PRS McCarty model pays homage to a legacy of innovation.  As the President of Gibson during a true golden era of guitar building (1950-1966), Ted McCarty was a pioneer of the electric guitar and musical instrument industry. In the late 1980’s, Paul Reed Smith called on Ted to consult with him on guitar design and production techniques. He not only served as Paul’s mentor but became a great friend of Paul and everyone he met at PRS.troduces the McCarty model.