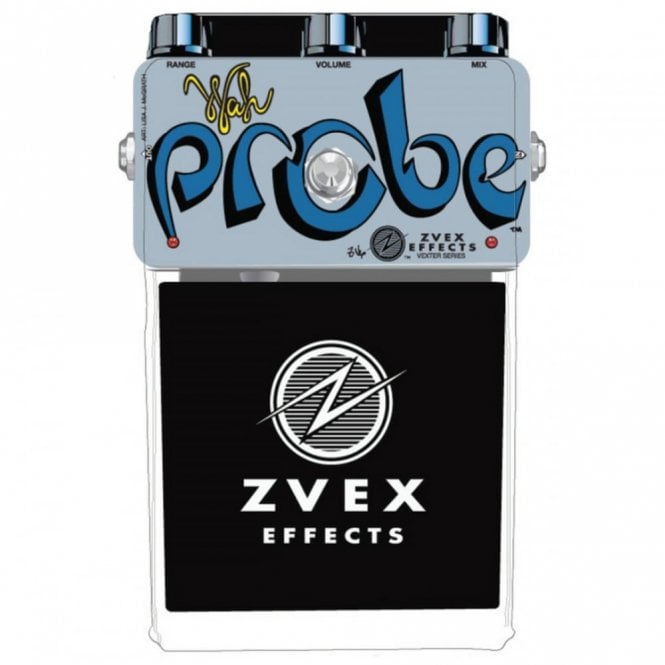 A wah-wah pedal with no rocker pot to wear out, it uses a proximity sensing radio transmitter so you can achieve super fast wah action and chewy sounds (pulling your foot quickly away), and it even has a Super Hard On™ built in so you can drive it to any volume you want.

The probe circuit produces a small "bubble" of RF energy at about a million cycles per second above the copper plate. As your foot or hand (or any wet or metallic object, for that matter) approaches the copper plate, the RF field is disturbed and the circuit reacts by increasing the brightness of an LED, which drives a photo resistive cell and controls the Z.Vex Wah circuit.