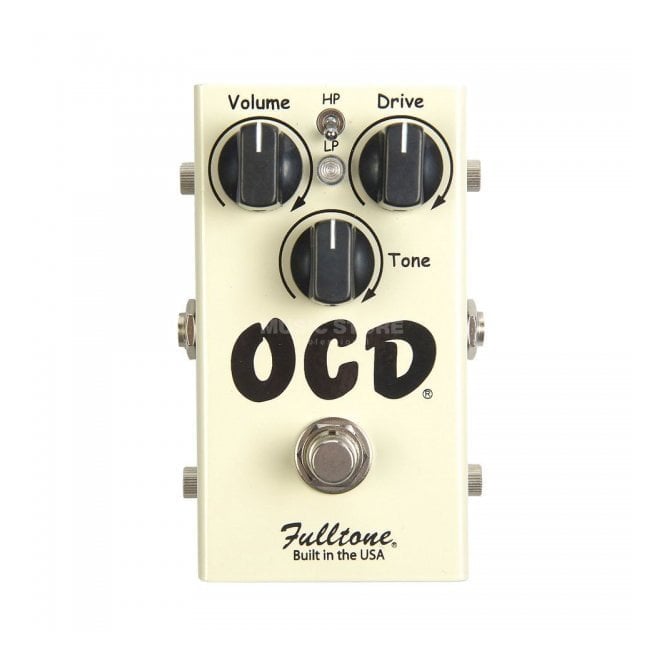 Since its introduction in 2004, the Fulltone OCD Obsessive Compulsive Drive pedal has been the go-to dirt box for countless guitarists around the globe (and many at Sweetwater as well). Over a decade after its debut, the OCD has received its first major update — meet the OCD v2. With a redesigned output buffer for maximum signal integrity, a Class A input section with better dynamic response, and switchable Enhanced Bypass or True Bypass modes, this player-favorite overdrive pedal is better than ever. For a modern classic overdrive pedal that's been redesigned for maximum fidelity and performance, check out the Fulltone OCD v2.

Fulltone knows that the pedals you place after your overdrive pedal can influence the sound of your dirt box — that's why they gave the OCD v2 an updated output buffer that is impervious to the sonic effects of successive pedals. Said another way, your tone remains consistent no matter where in your chain or loop switcher the OCD v2 is placed. Fulltone also explains that the output buffer reduces loading on the pedal's hard-clipping stage, which allows for more sustain.

For better performance with single-coil and humbucking pickups alike, Fulltone equips the OCD v2 with a Class A discrete 2N5457 JFET input section. The input impedance has been raised from the previous 330K to 1 mega ohm. The result is better interaction with your guitar's pickups and a noticeably enhanced dynamic range.

If there's one thing Fulltone takes seriously, it's the pursuit of tone. They've never been completely satisfied with the buffered bypass circuits found in many pedals, so after years of research, they've invented an alternative — they call it Enhanced Bypass. Instead of employing Field Effect Transistors for unity gain like most buffered pedals, OCD v2 features FETs in a Class A configuration that maintains the nuances of your playing. Fulltone explains, "all the dynamics return," delivering a more expressive sound than you can get from traditional buffer circuits. The OCD v2 also offers True Bypass mode accessible via an internal switch.