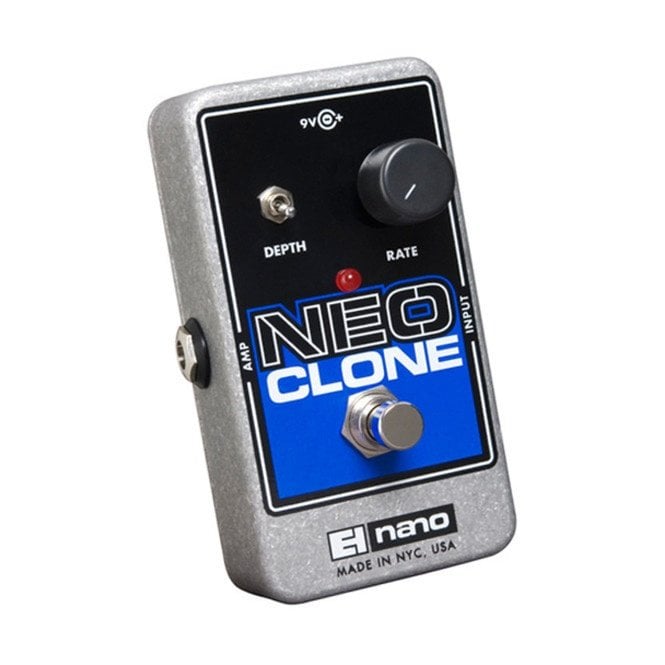 To produce the Chorus effect, the Neo Clone bends the frequency slightly from the input source and mixes this altered signal with some direct unaffected signal. The combination produces a doubling effect and produces a sultry sonic tecture with depth control.

As used by Nicole Fiorentino of the Smashing Pumpkins on 'Oceania'. The sound was created by holding down the low end with the help of the Electro Harmonix Neo Clone chorus.