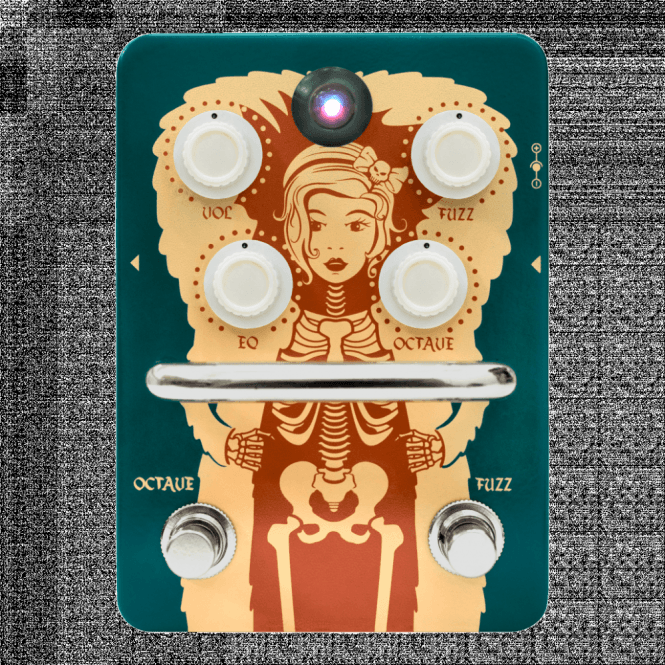 The Orange Fur Coat Fuzz is loosely based on the old Foxx Tone Machine which was a great fuzz from 1970. A version of this was later made by Prescription Electronics under the name Experience, which added a swell feature to the existing design. These are also sought after and sell for lots of money secondhand.

On the Fur Coat, we’ve made the Octave-up adjustable so that it can be turned down from being flat-out. This took a bit of redesigning and in doing so we also managed to remove the DC offset from the Octave stomp switch, resulting in the octave being instantly engaged or disengaged. Also, with this modified circuit, the Octave can be dialled in and out using the guitar volume between 8 and 10 as long as the Octave on the Fur Coat Fuzz is less than flat-out.

This is our only True Bypass pedal. The reason for this is that Fuzz is always better without a buffer placed in front of it as a passive pickup on the guitar is part of the circuit. This is always best used at the front of the chain, directly connected to the guitar with any subsequent pedals following it. If used with a buffer in front of it, the Fuzz will be more like distortion and the octave will be much more pronounced.