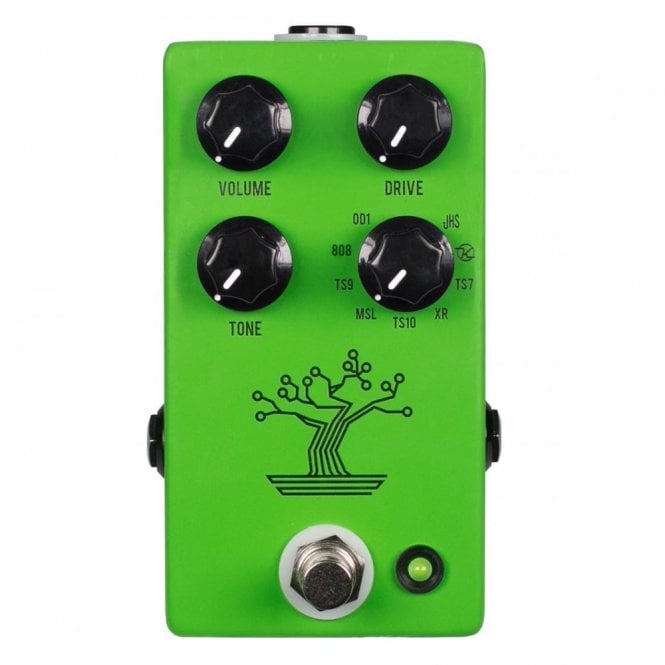 Ever since the 1970's a small, green Japanese overdrive pedal has been a major part of almost every pedalboard. From blues rock guitarists like Stevie Ray Vaughan and John Mayer using it as their main drive against their amplifier to massive metal artists like Kirk Hammett using it to push an already hot amp into massive sustain, everyone needs a screamer on their board. But what one?

Over the last 40 years there have been hundreds of models from different brands, some more original than others. But with so much choice it can be really hard to find the one that is right for your rig. That is no longer a problem thanks to the JHS Bonsai. A 9-way TS style pedal that has perfect replications of 9 different screamer pedals in one.

While particular models like the 9 and 808 are considered the originals and the most popular TS pedals there are loads of modded variations of these pedals that may suit your sound better than you can imagine. So here is a quick breakdown of the 9 different replications that are in the Bonsai.

OD-1 - 1977
An overall brighter and slightly higher gain mode that does not utilise the Tone knob. This mode also inverts signal just like the original and has symmetrical clipping. The OD-1 is magical at boosting other drives or amps into singing saturation.

MSL, Power or L Series - 1985
Though metal is in the name, this sound doesn't quite inspire the modern metal djent we think of.  Still it has a higher gain sound with a more low end and an overall more gooey feel.

Exar OD-1 1989
The EXAR is a Polish made TS-style pedal that has a slightly different drive character with a little more gain than the classic screamers as well as a slightly more transparent feel.

TS-7 (+mode) - 1999
The hot mode on this version gives you the highest gain sound in the Bonsai. More low end and dirt fill out the tone to have you shredding away.

Keeley Mod Plus - 2002
Robert Keeley's classic mod tightens up the tone on the original giving you smoother mid range and high frequencies, and increased bass response.

JHS Strong Mod - 2008
Our own mod we've been doing since 2008 is much cleaner and overall more powerful. The mode has more pronounced higher end and low end drop offs.

Be the first to review The Bonsai 9-Way Screamer Overdrive Pedal. Write a review ›
Ask A Question
Want to Part Exchange?
Share
?
Top