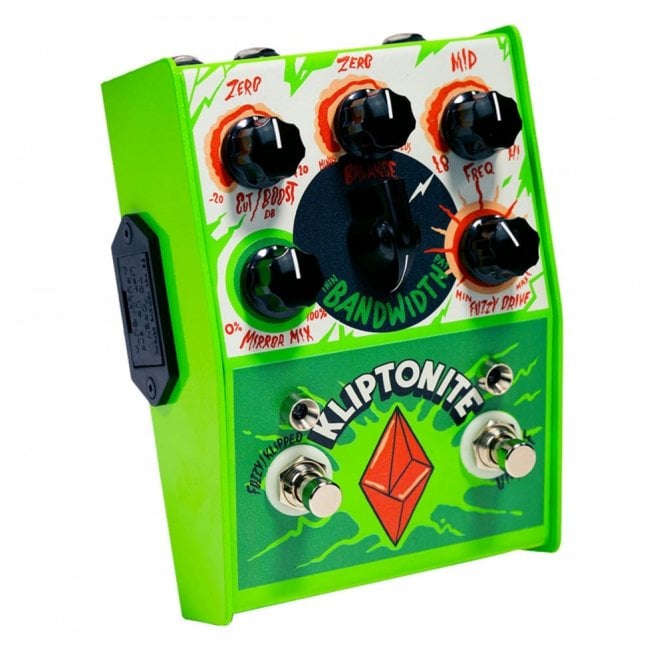 Here's what Stone Deaf say about the Kliptonite:

The Kliptonite is one of the most exciting fuzz and overdrive combinations that you are likely to experience. It combines a paracentric EQ, Mix knob (between fuzz and overdrive, expression control and dual channel foot-switchable operation. Its most unique feature is to mix the overdrive and the fuzz circuits in parallel such as 75% - 25% in eithers favour and switch using the footswitch in a flip flop fashion between the two. So for example you can have 75% overdrive and 25% fuzz, push the foot-switch and flip the signal to the other channel and have 75% fuzz 25% overdrive. The fuzz on this pedal is a velcro type fuzz that is not a sustaining fuzz so notes do not sustain like say a Muff type or fuzz around and above the 12th fret.