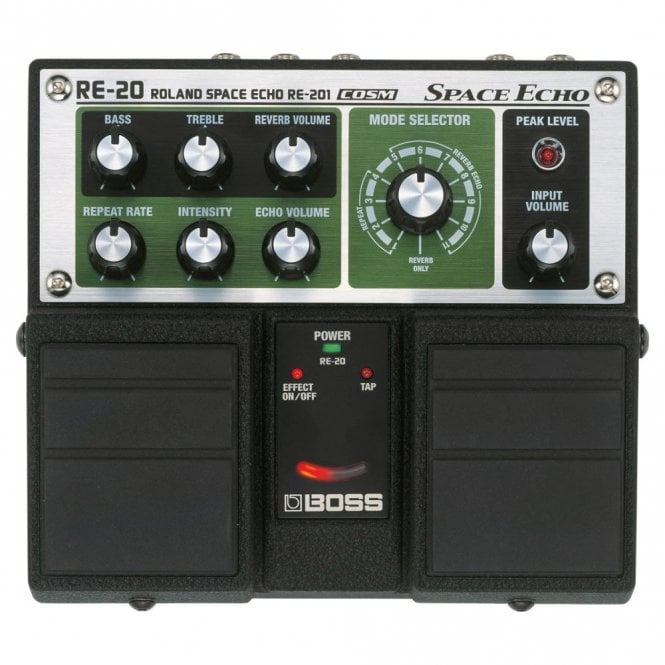 One of the most beloved echo effects ever made, the Roland RE-201 Space Echo (used by rock groups such as Pink Floyd, The Police, Radiohead and the Yeah Yeah Yeahs, as well as many Reggae/ Dub artists such as Lee Perry), has been reborn as the BOSS RE-20 Twin Pedal! Roland and BOSS have recreated every sonic detail and nuance of the original...but for a fraction of what the vintage effect unit is sold for nowadays!

Experience the legendary tape-echo sound of the RE-201, and get 'lost in space' with this retro-modern marvel - a Roland Space Echo for the 21st Century guitarist.