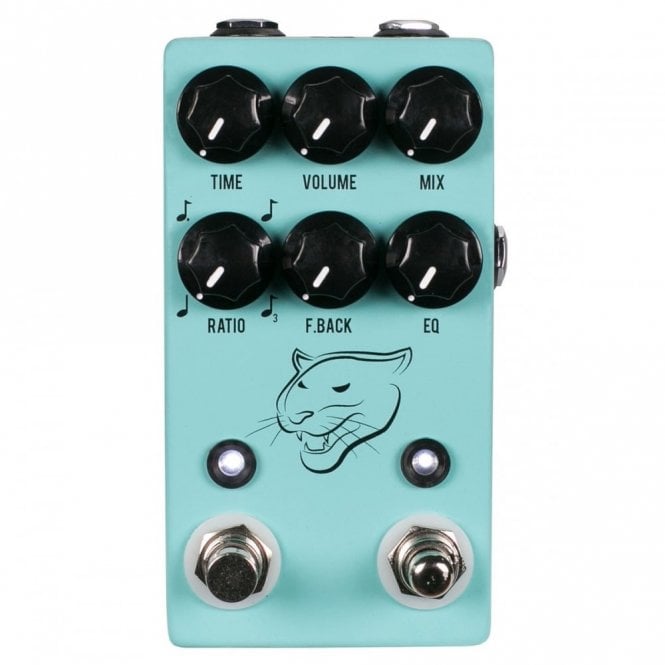 In 2011, we released the Panther Analog Delay. Almost exactly two years later in 2013, we tried a nearly impossible feat of taking everything we love about the Panther Delay, making a few improvements, and packaging it into an enclosure half the size. Today in 2018 we're repeating the feat and making the Panther Cub V2 half the size once again!

The Panther Cub V2 is voiced to deliver the dark and chewy repeats that analog delay fans clamour for. The Panther Cub offers you 1,000ms (one full second) of delay time! Bring in beautiful, ambient modulation with the pedal's modulation controls.

Thanks to its groundbreaking feature set, the Panther Cub Delay has been one of our most intriguing pedals to date. It's not often you find an all-analog delay with onboard tap tempo and a 4-section RATIO control with settings for quarter, dotted-eighth, eighth, and triplet divisions. In fact, our original Panther Delay was the first to do it in 2011!

The Panther Cub's control and tweakability extend further than what you'll find onboard.  An expression pedal input can be assigned to change many of the pedal's settings on the fly. And you even have the opportunity to externally control your tap tempo and tap slave the Panther Cub to your other time-based pedals.