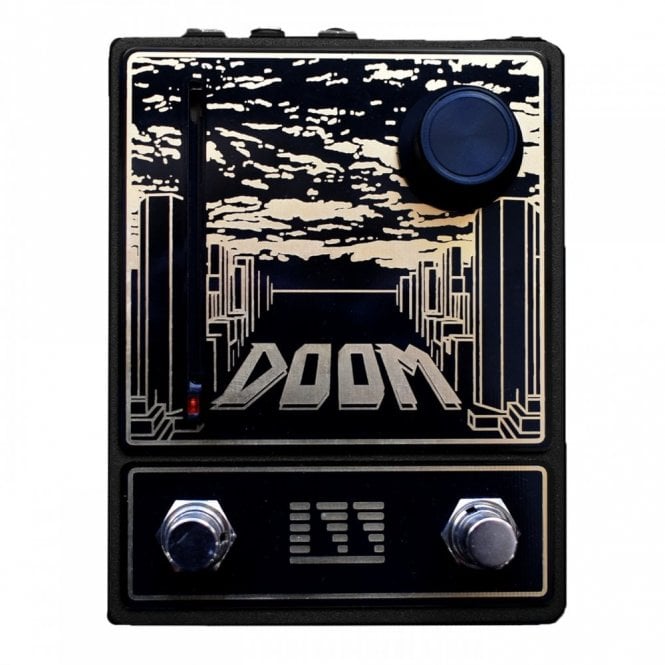 Traditionally a musician would input a combination of dial settings to get a desired modulation waveform. The Lightning Wave interface enables users to define a waveform by drawing the shape with the fader. Once recorded the LFO shape will stay stored in one of five preset banks. A top-mounted TRS I/O jack can be configured for single or simultaneous functions involving trigger sync and control voltage input or output. These features can be used independently of the analog effect.
The Doom allows you to automate or manually control the crossfade between two input signals. The output is a mono combination that can be derived from two fuzz pedals, multiple pedal chains or even separate instruments being played simultaneously.

Both the audio input and I/O are TRS jacks for optional dual configurations. An effects loop can be created that is split from the main channel, sent from the I/O, and received back via the second channel. Because the I/O is acting as a send, the return is via the ring of the input jack. By default the I/O is configured as the secondary input.
Be the first to review Doom Pedal. Write a review ›
Ask A Question
Want to Part Exchange?
Share
?
Top