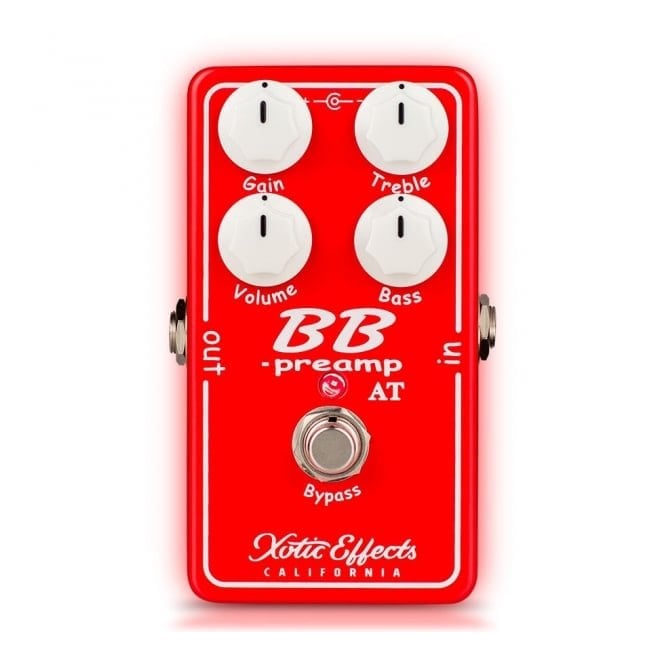 Internationally acclaimed guitarist Andy Timmons has been using the BB Preamp since it was first introduced to the market in 2002. It has been a mainstay on his pedalboard and part of his signature sound for many years.

Xotic Effects combines forces with Andy Timmons to release a limited run of 3000 signature series pedals that includes an Andy Timmons guitar pick and trial link to Andy’s new website, guitarxperience.net, where users can get lessons, tips and behind the scenes access to all things Andy Timmons!

Years In The Making

This pedal is like a time machine, back to the mid 2000’s when Andy Timmons first got his BB Preamp. While there haven’t been many obvious changes to the pedal over the years small changes have been made.

So when they approached Andy Timmons about making him a signature pedal he wanted just one thing, a part by part recreation of his original BB Preamp.

While creating an exact part by part recreation is near impossible, as parts have gone in and out of manufacture over the last 10 years or so, this is as close as they could get. After months of work, they came up with the ‘magic’ BB Preamp. The one that sounds better than all of the rest.