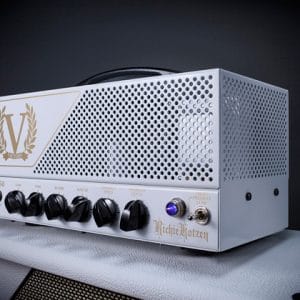 Initially teased in February 2017 by a sneaky picture on his Instagram (below), the guitar/vocal powerhouse has finally released his long awaited new signature amplifier and boy is it cool! The Victory RK50 came about through Richie’s longstanding friendship with Victory Amplifier Designer Martin Kidd (who originally designed Richie’s old Cornford Signature Amp way back when) and it packs lots of cool features. From in-built Tremolo to a Speaker Dampening for better Bass, this amplifier is a versatile, single channel game changer. It will be available in a compact Head... Read More