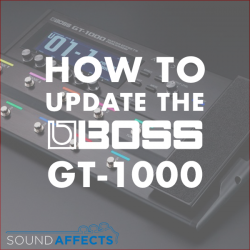 The BOSS GT-1000 Version 2 software is here! It’s easy to install and you’ll get access to more models, tones and presets. Before we show you how to update your device, let’s hear some of the new presets in action. All of the new presets start at ‘Bank 47’. Big thanks from Mark Harley of BOSS UK for demoing the pedal. In this next clip you will hear several presets created by Mark to showcase the new firmware update in the style of Steve Lukather (Toto), David Gilmore (Pink Floyd), ... Read More 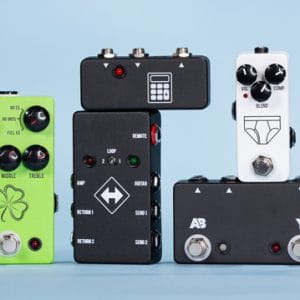 The Whitey Tighty – Mini Compressor JHS Pedals is proud to present the Whitey Tighty compressor, their take on the classic effect that no one may ever know is on, but when it’s off you feel like your pants are down. The Whitey Tighty is as simple as it gets while never getting in the way. At only 1”x3”, you’ll save so much space on your pedal board that you’ll be able to add to your wardrobe of effects with ease. And with the ability to blend in compression... Read More 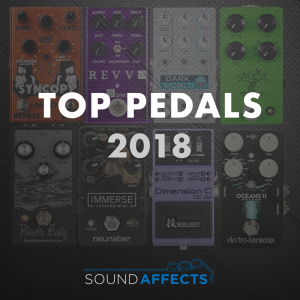 The world of pedals never stops. It’s a constant quest for new sounds, ideas and upgrades on the classics that we know and love. 2018 has seen some fantastic releases from some of our favourite pedal brands, so in no particular order, here’s our list of Top Pedals of 2018. JHS started the year strongly by releasing a quintet of pedals including updated versions of the Panther Cub delay, Emperor chorus and Unicorn vibe, as well as the popular Andy Timmons AT Overdrive and Boost. But the one that really... Read More 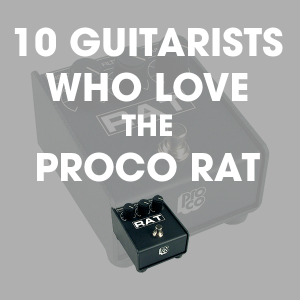 The RAT was developed in the basement of the ProCo factory in Michigan, USA in 1978. “Yes, there were literally rats down there” says creator Scott Burnham. He stumbled upon the unique sound when he attached the wrong resistor to an in-progress distortion machine. From there, during the 1980s, the RAT took over the guitar world with its screeching distortion sounds. Here is a list of our Top Ten Guitarists who used the famous RAT pedal. Dave Grohl When Grohl swapped his sticks for picks and started Foo Fighters, he... Read More 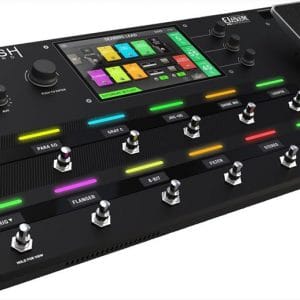 We’ve been quite excited about these arriving…And it’s now in-stock! New from Akai, this is the Headrush Pedalboard. The multi-effects unit contains a number of vintage and modern amplifiers and array of high quality effects which are easily accessible by the board’s integrated colour touchscreen. Not only is the Akai Headrush fully-equipped to accommodate all genres of styles, further features include a 20-minute looper and gapless zero-latency switching with reverb and delay-tail spillover, all in a rather clever quad-core DSP effects processor. It’s quite the light show as well –... Read More