Who is John Hall? 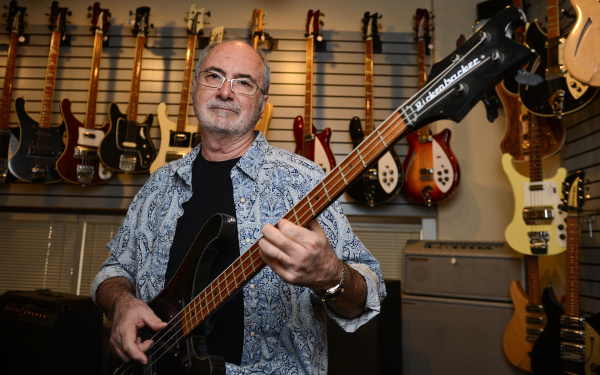 After taking over the company from his father Francis C. Hall in 1984, John has been running and illuminating the legendary Rickenbacker business.

The early 1960s saw Rickenbacker become entwined in one of the biggest music upheavals of the 20th century: The Beatles.

You immediately think of the Liverpool lads as one of the main bands affiliated with Rickenbacker’s back in the day. Francis gave George Harrison his first 12-string, only the second one ever made, which is heard on the majority of the A Hard Day’s Night album. Not to mention the four that John Lennon owned before the band broke up.

Roger McGuinn – who bought a Rickenbacker 360/12 after seeing the movie “A Hard Day’s Night”-  made the bell-like quality of its tone the foundation of the Byrds’ early style.

John Hall has retained the spirit of first-class pre-1965 electric guitar manufacturing and craftsmanship and has not stopped innovation since the takeover.

In addition to newly designed guitars and basses, the company offers faithful reissues of the classics played by the Beatles and other famous artists. Groups such as Oasis, Radiohead and U2 have included Rickenbacker’s in their sets of late, with improvements of construction on the newer models.

Today, RIC is still one of the leading guitar manufacturers, with quality that has carried the historic company into the modern era without forgetting their illustrious roots.