It’s been a long time coming for the bass players of the world, too long have guitar effects pedals ruled the roost and grown in popularity to the detriment of the low end thunder. No longer!

Darkglass Electronics appeared seemingly from nowhere in 2009, founded by Doug Castro on a mission to see the instrument he loved to play get some real, high quality effects pedals dedicated purely to the bass guitar.

The history of Darkglass Electronics is an interesting one. Doug Castro (the CEO and Founder of Darkglass Electronics) is a Chilean native who moved to Finland to pursue his dream of creating boutique, handmade bass effects pedals for the modern musician. He found that his love for soldering and building went better hand in hand with music than just performing. As a result, he embarked on producing some amplifiers and pedals for a couple of friends. After hearing good feedback, Doug saw potential and began building pedals in his spare time alongside work. His friend (now co-founder) Hugo Villarroel jumped on board to help his friend realise his goal and in 2008 he quit his day job and began designing what would later become Darkglass Electronics.

They released their first pedal, the B3K Overdrive not long after starting and this proved very popular amongst bass players around the world. Castro comes across as a very humble, thoughtful man who’s only real aim was to create the best bass products he humanly could. This motivation really shines through as bass players of all genres find Darkglass gear up there with the best on the market. He has stated in many interviews that it was never his aim to make a lot of money and build a big business yet his success is inspiring to many. 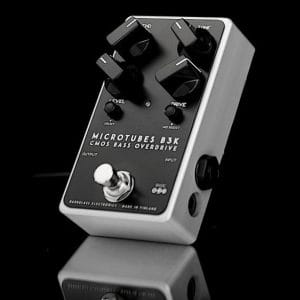 Year after year, Darkglass have grown as a brand and now stand in a really strong position with eleven pedals, two amplifiers ranging from 500W-900W and two cabinets in 2×10 & 4×10 form on the market. Three of that pedal range are a part of Darkglass’s ongoing collaboration with Jon Stockman, the bassist of Karnivool. This collaboration journey began with the Alpha Omega, a dual circuit distortion with the ability to blend both circuits. Since 2017 this has expanded into the more compact Alpha Omicron and brand new for 2018, the incredibly versatile Alpha Omega Ultra which features a 6-band EQ. 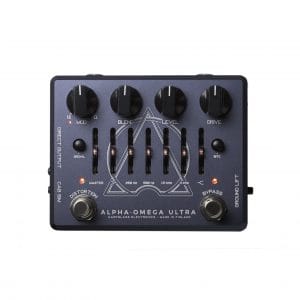 We at Sound Affects Premier are very happy to be stocking Darkglass Electronics. Giving us more range for our bass playing customers and expanding our stompbox offerings, ensuring we supply the best pedals out today!

For more information on our stock of Darkglass pedals click here. 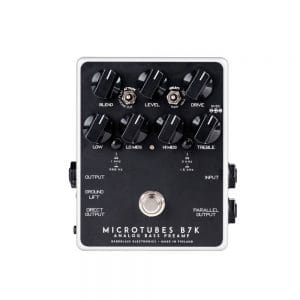