Exciting announcements from the SE camp – A number of Angelus cutaway and Tonare models. These elegantly designed models feature some fantastic appointments, tonewoods and detailing, ready to suit all acoustic players.

The Angelus is PRS’ cutaway acoustic guitar. the soft carve cutaway is elegantly shaped and compliments the curve of the upper and lower bouts nicely, scooping as low as the 17th fret for access to those higher registers.

The Tonare model is the more traditional, full body shape. Both models have a slim center for precise control in the midrange, whilst widening in the upper and lower bouts for projecting control across the frequency spectrum.

PRS is offering two bracing patterns in this line of SE’s – Traditional X bracing, which is seen in the AX20e and the TX20e Models, and PRS Hybrid Bracing in the A40e, A50e, T50e and T50e Models.

X Bracing is a commonly used pattern in an acoustic guitar to define its tonal characteristics. Bracing re-inforces the guitar’s top, providing strength and controlling the way string vibrations are distributed across the body. Traditional X bracing is balanced in both frequency and volume and provides the sound that we recognise the acoustic guitar to have.

PRS’ Hybrid bracing is slightly different in comparison. Rather than having two tone bars running diagonally across the lower bout, It features a fan-like pattern commonly seen in classical guitars. by combining the two patterns together, the PRS Hybrid bracing is dynamic, tonally enriched and sounds huge.

Paul Reed Smith used this pattern on his early private stock models and has adopted it into these guitars.

There are three wood options for the back and sides of the guitars dependant on the model:

Mahogany is a tried and tested tonewood known for a rich mid-range sound. Ovangkol is not dissimilar to rosewood in tone or appearance, offering a warm top end. Maple is a dense wood known for its pretty flame and quilt figuring. whilst being pretty, it also is known for a sparkly tone that is bright and projective.

PRS have teamed up with Fishman to design a preamp that is truly reflective of the tone that these guitars can create when amplified. The controls are discreetly placed in the soundhole for easy access, retaining the curves of the guitar and avoiding a bulky control panel on the side.

A Bone Nut and Saddle are featured on all the models for resonant unhindered vibrations, and accurate intonation and tuning.

So, Spec’s aside, here are the models that are going to be with us in about 4 weeks time. Drum roll please… 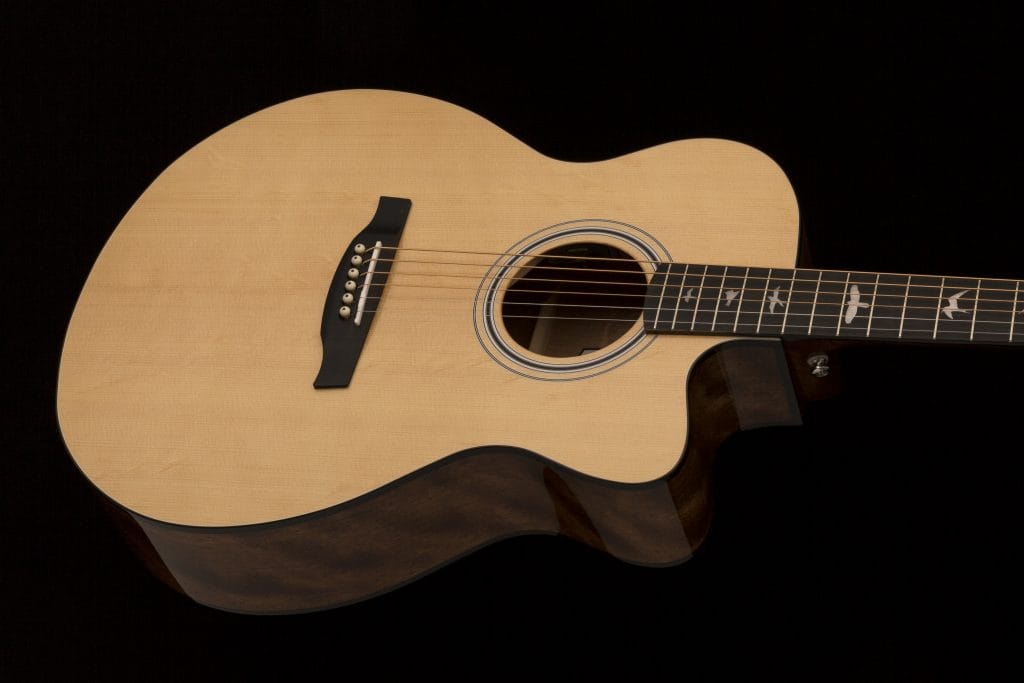 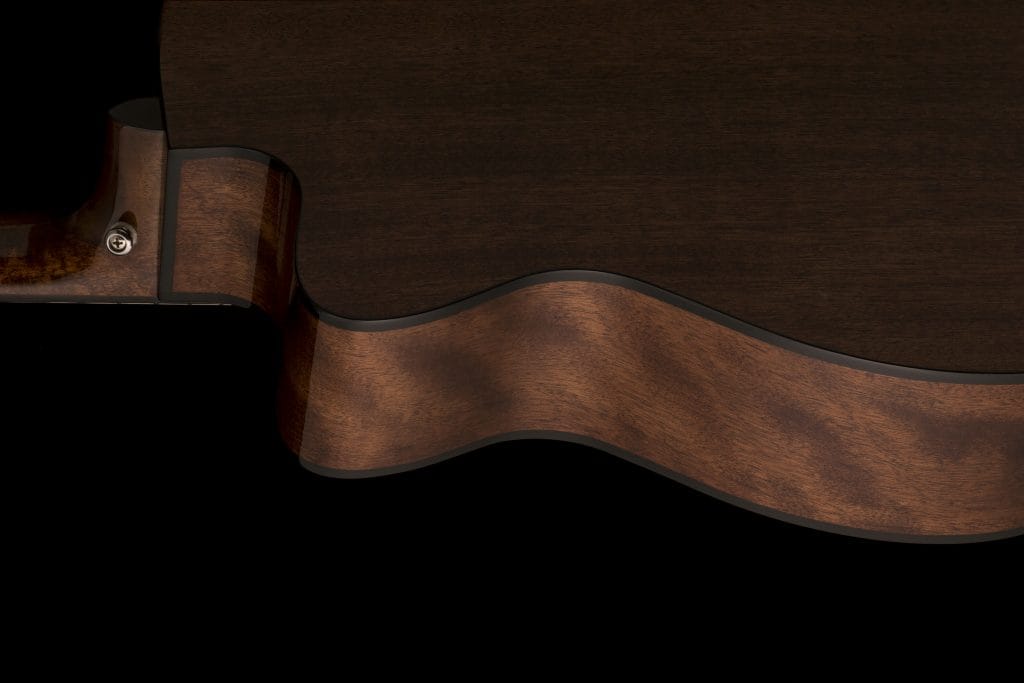 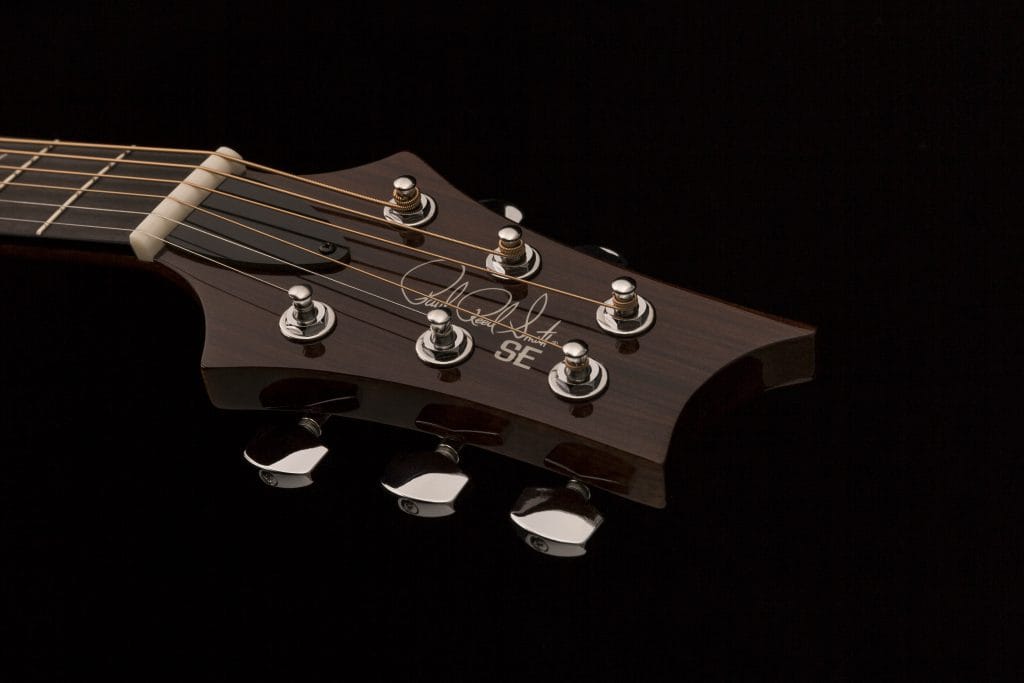 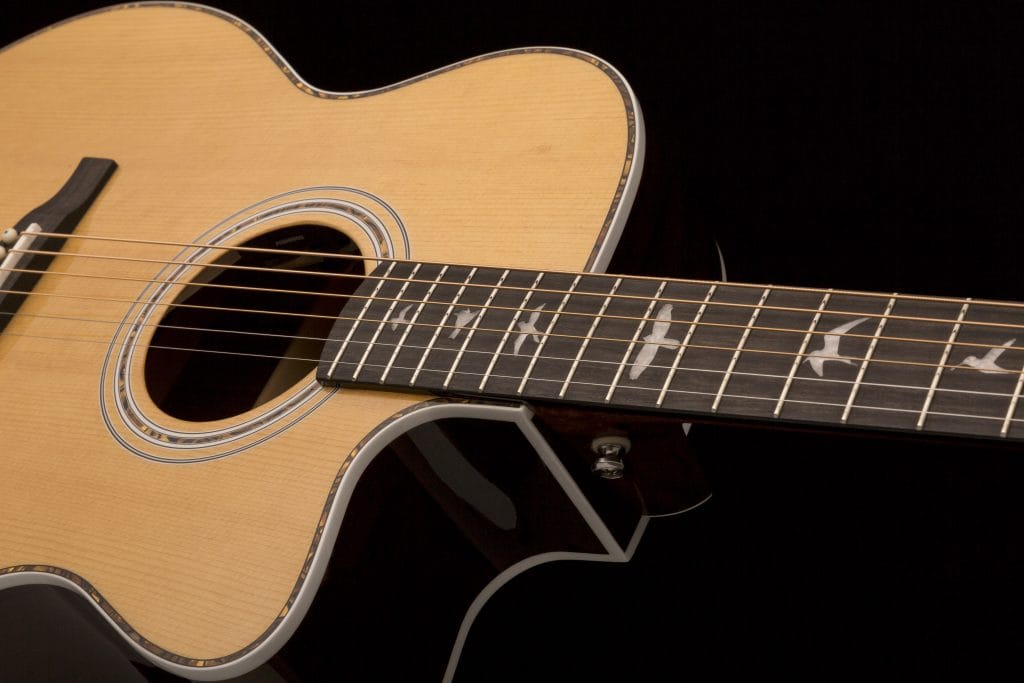 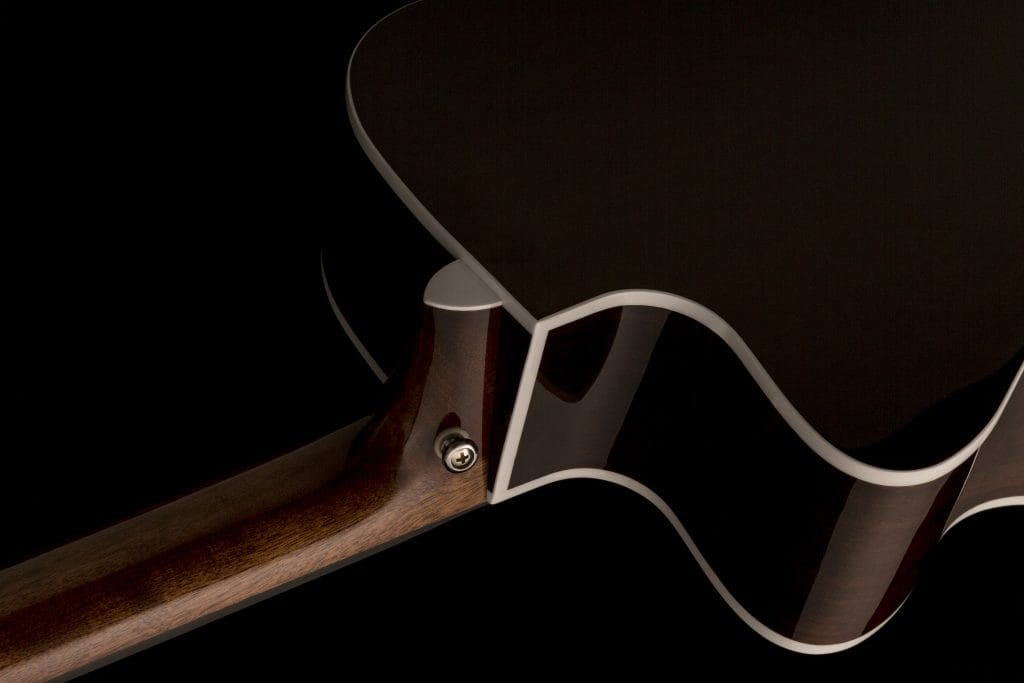 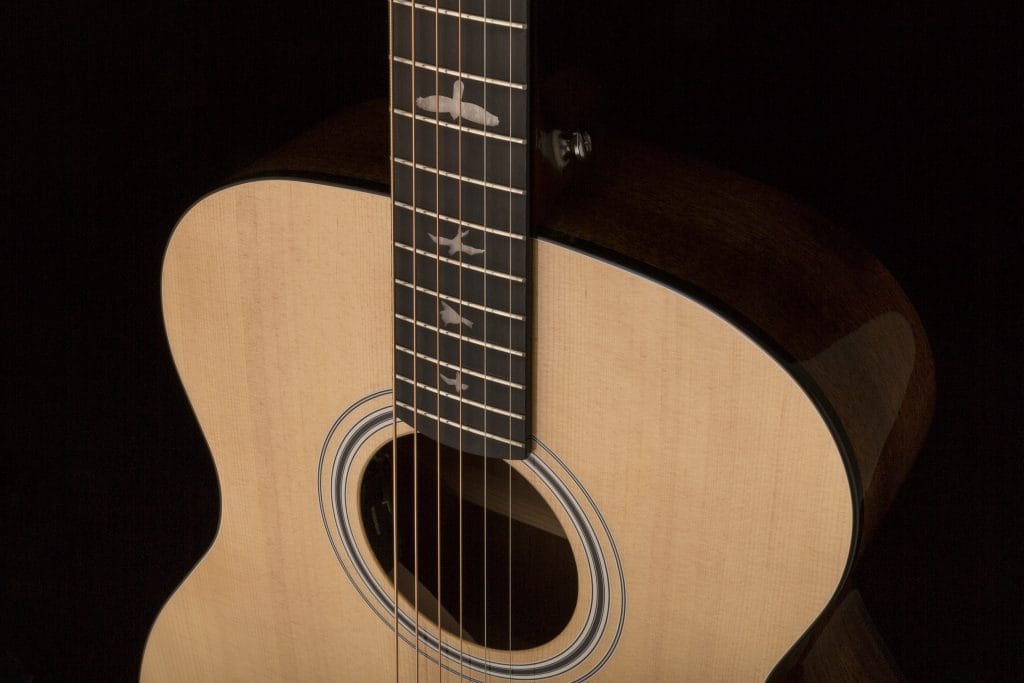 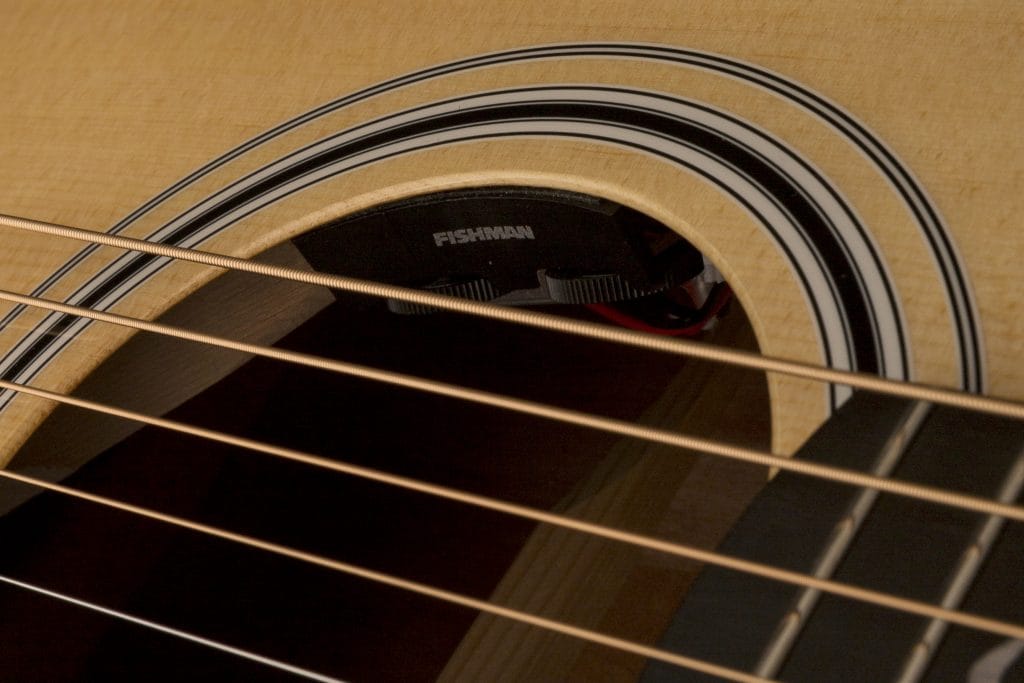 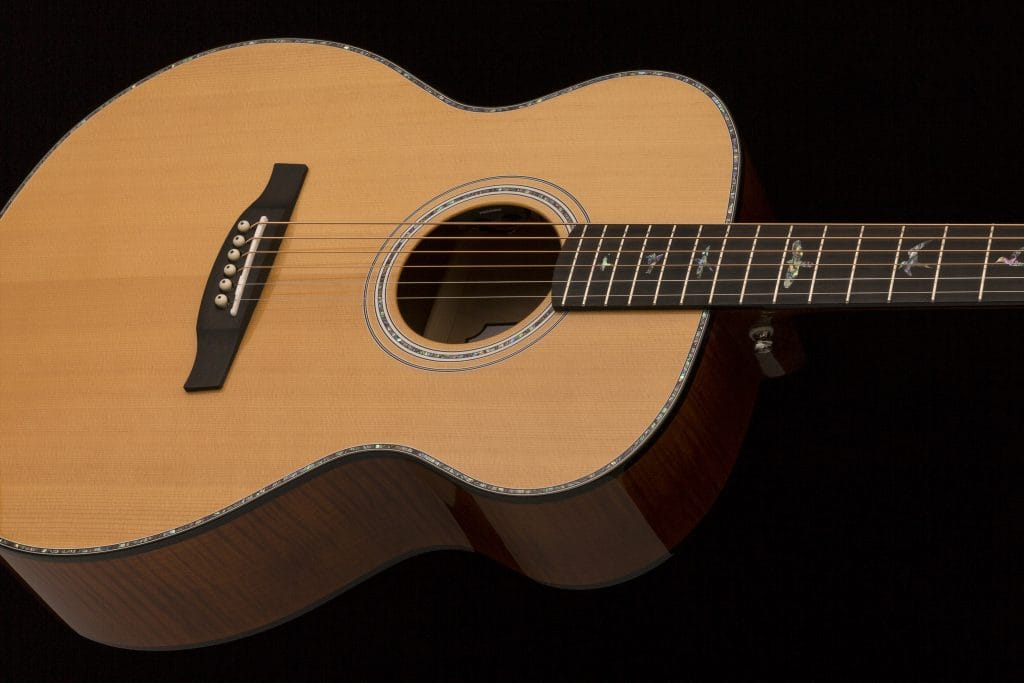 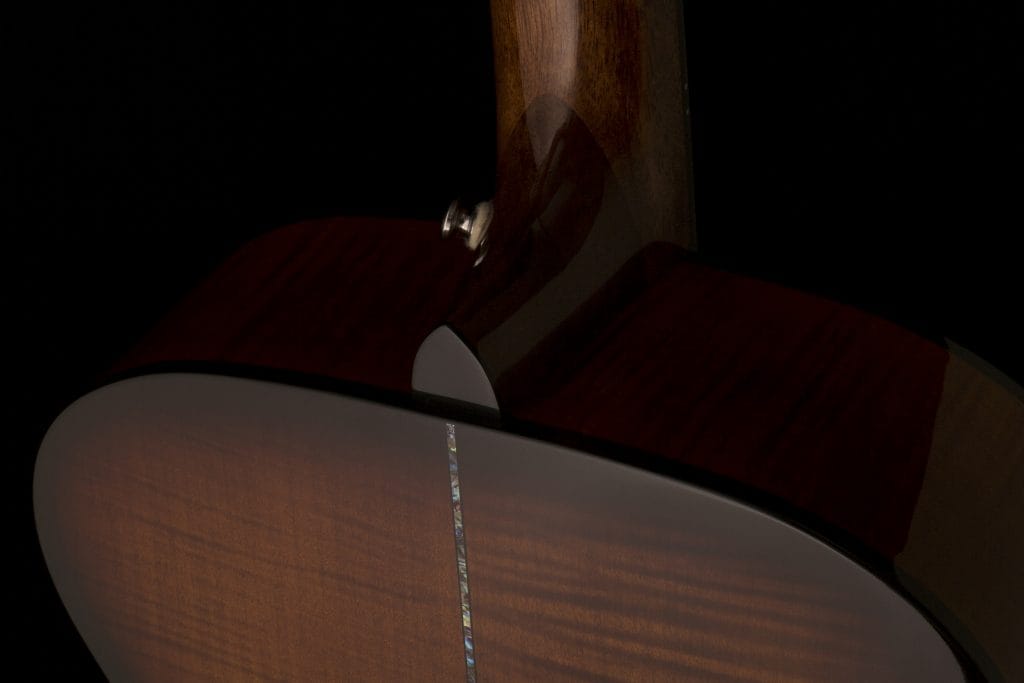 These models are available to pre-order from us now. follow this link to do so!