Do you own a Blackstar ID:Series or ID:Core amplifier? If so you will want to update your Insider software for free and get all of the new features.

So if you own a ID:Series or ID:Core amplifier, update your software today! 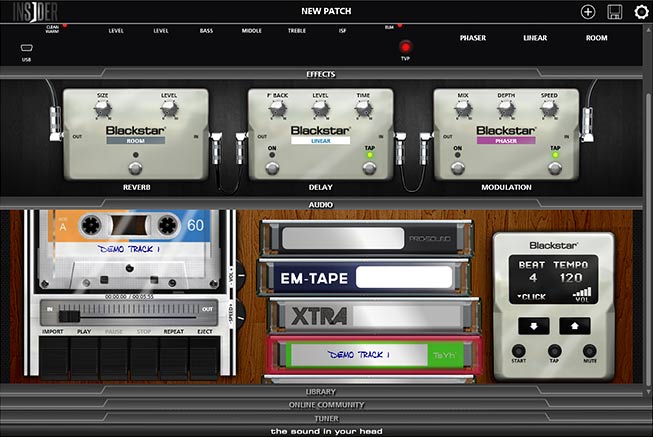 Control your ID:Core or ID:Series amp directly from the software. Also see changes made on the amp in real-time in the software

Add in your effects via the Insider software. Use the controls to fine tune exactly how much of each effect you want.

Jam along to your favourite backing tracks using the built in audio section. Speed up or slow down thee tracks to practice.

Finding your guitar out of tune? Then open up the in-built chromatic tuner and use this to get your guitar back in tune.