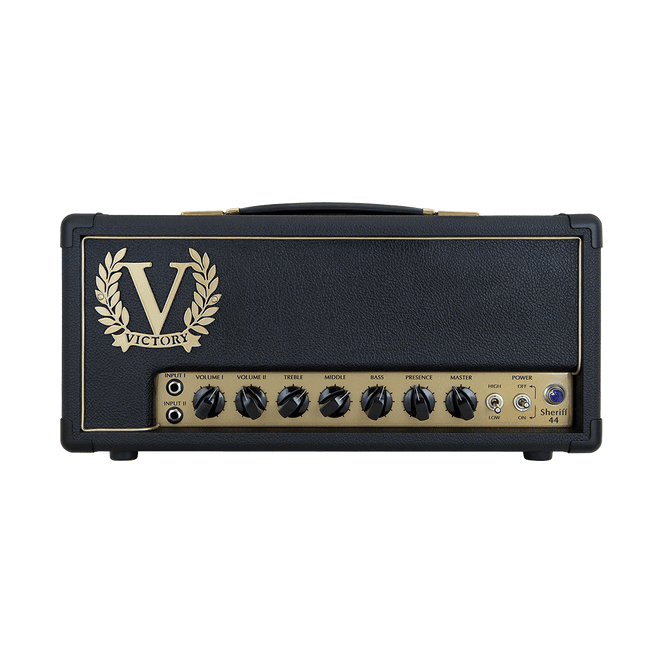 This dual-channel, EL34-powered amp is all about classic British overdrive sounds, housed in a traditional wooden sleeve. Blues-rock players will love the mid-60s-style feel and response of Input/Volume I, with enough gain to sing but also clean up well off the guitar. Input/Volume II takes off into hot-rodded 70s and 80s territory and beyond, retaining that classic British 'plexi' sound all the way. With selectable fixed or cathode biasing, The Sheriff 44 is for rock players who want the ultimate 'plexi' and beyond!

Inputs/Volumes I & II are separate channels that are also footswitchable with a custom Victory switch. You also get high- and low-power output modes.

A hard-bypassable series effects loop is available for effects fans. It's completely out of the circuit when switched off.

You can run the power section in either fixed- or cathode-biased modes. The former offers maximum headroom and clarity; the latter more compression and sag at higher volumes.