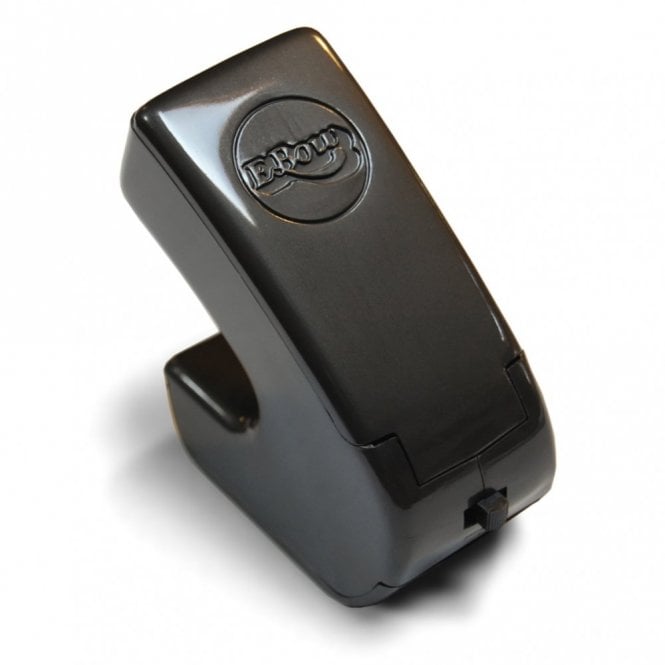 The EBow is a hand-held electronic bow for guitar. This small battery-powered unit replaces the pick in the right hand letting the guitarist mimic strings, horns, and woodwinds with unbelievable sensitivity. The EBow produces a powerful infinite sustain, rich in harmonics for incredible guitar sounds. Unlike plug-in effects, the Energy Bow does its work on the string itself... Direct String Synthesis™. Infinite Sustain is just the beginning.

How it Works
Welcome to the world of Direct String Synthesis. The principal is simple: a focused feedback loop directed at a single string. This produces a powerful, infinite sustain, rich in harmonics for incredible guitar sounds. It's like amplifier feedback with greater control and predictability, at any volume, even through headphones. This hand-held synthesizer provides an amazing variety of textures and tonal slurs -- virtually an instrument in itself

Be the first to review EBow Plus Electronic Bow for Electric Guitar. Write a review ›
Ask A Question
Want to Part Exchange?
Share
?
Top