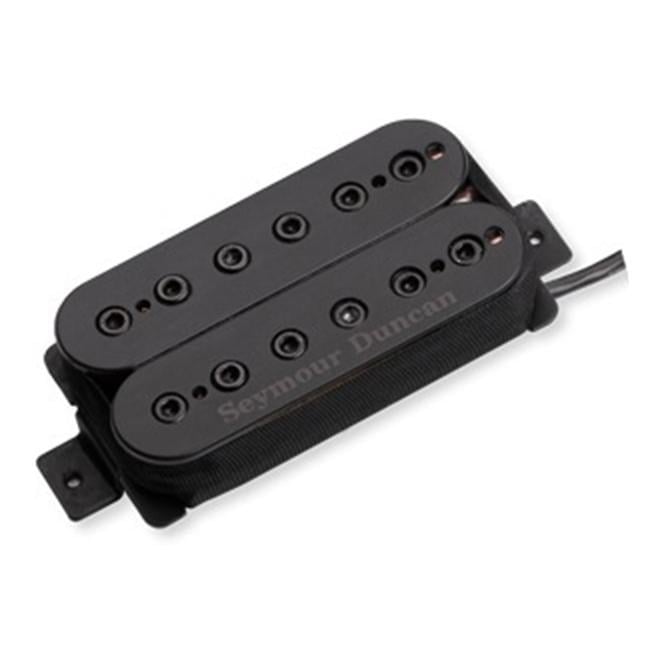 The progressive metal virtuosos of Periphery are known for their technically complex rhythms and precise tones – tones which require pickups with just the right amount of output and articulation whether standing alone or working in a dense mix. The Alpha and Omega pickups were created to match that level of precision and versatility. Working with guitarist Mark Holcomb, the Omega bridge pickup was created to provide destructive percussion and growl in the mids and low end. It’s aggressive but it also has lots of clarity and brightness, which cuts through whether you’re playing sophisticated chords, complex single-note lines or intense solos.

The Alpha neck pickup is unlike most traditional neck models. It was voiced to combine the best qualities of a neck and a bridge pickup, with some of that fat glassy sound but also plenty of your pick attack and fretting-hand phrasing.

The Mark Holcomb Signature Alpha & Omega Pickups are made in Santa Barbara, California.

Available as a set, or individual neck or bridge pickups in 6, 7 or 8-string options. An additional Trembucker option is available in 6-string.

“The Alpha/Omega set has been the heartbeat of my sound for the past several years. Since we developed and released the first 6-string set in the custom shop, I’ve had the same pickup set in every one of my 6, 7 and 8-string guitars, live and in the studio. It has remained one of the few components of my rig and setup that I haven’t even thought about tweaking.” – Mark Holcomb